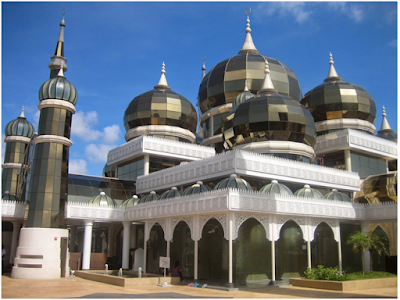 Pulau Wan Man Sprawling over 33 ha, The Islamic Civilization Park is one of the state’s most distinguished attractions. Featuring impressive edifices and intricate craftsmanship, the park takes visitors on a spellbinding tour of the finest in Islamic architecture.

The park’s icon is the glittering Crystal Mosque, a grand structure made of steel and glass.

Take a stroll around the Monument Park, where visitors can view the replicas of 22 historical Islamic monuments found around the world. Among them are the Al-Hambra Citadel in Spain, Masjidil Haram in Saudi Arabia, Dome of the Rock in Palestine and Taj Mahal in India.

Special rates are available for senior citizens and groups.

The Great Mosque of Xian 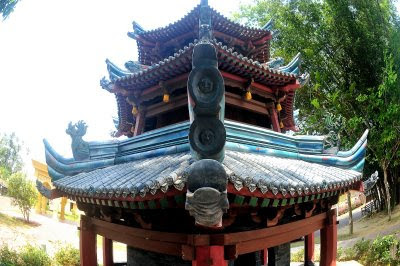 The Great Mosque of Xian is the largest and best preserved of the early mosques of China. Built primarily in the Ming Dynasty when Chinese architectural elements were synthesized into mosque architecture, the mosque resembles a fifteenth century Buddhist temple with its single axis lined with courtyards and pavilions.Like the Great Mosques at Hangzhou, Quanzhou and Guangzhou, the Great Mosque of Xian is thought to have existed as early as the seventh century. The mosque that stands today, however, was begun in 1392 in the twenty-fifth year of the Ming Dynasty. It was ostensibly founded by naval admiral and hajji Cheng Ho, the son of a prestigious Muslim family and famous for clearing the China Sea of pirates. Since the fourteenth century, the mosque has undergone numerous reconstructions. Most of the buildings extant today are from the Ming and Qing Dynasties of the seventeenth and eighteenth centuries. The mosque was constructed on Hua Jue Lane just outside the city walls built by the Ming Dynasty, in what was once the jiao-fang neighborhood for foreigners to the northwest of the city. Today, this neighborhood is part of Xian proper, with the city's famous Drum Tower a block away.

The mosque occupies a narrow lot about 48 meters by 248 meters, and the precinct walls enclose a total area of 12,000 square meters. Unlike many Chinese mosques, it has the layout of a Chinese temple: successive courtyards on a single axis with pavilions and pagodas adapted to suit Islamic function. Unlike a typical Buddhist temple, however, the grand axis of the Great Mosque of Xian is aligned from east to west, facing Mecca. Five successive courtyards, each with a signature pavilion, screen, or freestanding gateway, lead to the prayer hall located at the western end of the axis.

The first courtyard is entered via two modest side gates along the north and south precinct walls. Its eastern precinct wall is constructed of finely ground and polished brick and has a wide screen wall at its center, carved with floral patterns organized into three diamond shapes. Ornamental projections resembling wooden dougong brackets are carved into the brick under the raised eaves of the roofed screen wall. At the center of the courtyard is an imposing wooden gateway, or pailou. This nine-meter high freestanding pailou is a four columned roofed structure buttressed on all sides by wooden props, anchored into stone bases. Multiple tiers of meticulously carved dougong brackets support its blue glazed tile roof.

The rooms along the northern wall have staggered facades, with the "Unmatched Pavilion", or Yizhen Pavilion, in the center. The pavilion, used as a lecture hall, is three bays wide and has a hipped roof fronted by a central projection with wide, raised eaves, reminiscent of a bangke tower. This roof is mimicked to a lesser degree on the flanking halls, with elaborate awnings spanning over the entryways.

Beautifully carved lambrequins compliment the recessed curtain wall at the back of the porch at the Unmatched Pavilion, which has a finely carved door and lattice windows. Even the steps leading up to the lecture hall were once carved with floral motifs. Sculpted dragons and flowers decorate the roof ridges and crests. Notably, figurative sculpture can only be found atop the roofs of the mosque complex and not along paths or flanking gateways, quite unlike a Buddhist temple.

In the second court, separated from the first by a shallow roofed pavilion, stands a rectilinear stone pailou built to resemble a wooden structure. It's three doorways, the central of which is higher and wider than the two flanking, each bear an inscription. Two freestanding vertical brick piers, carved with ornate floral motifs and crowned with tiled roofs with upswept eaves and dougong brackets, follow the stone pailou. These monumental piers, which are repeated again in the third courtyard, house stone tablets with Arabic inscription in their central arched niches. Reception rooms, now used as shops and residential space, flank the second court. The area to the south of this courtyard was originally designated for Hui burial, although this practice never fully developed.

Through another roofed pavilion is the third courtyard, the Qing Xiu Dian, or "Place of Meditation". Here, the commanding structure is the octagonal "Pavilion for Introspection", also known as the "Tower of the Visiting Heart" (Xing Xin Ting or Sheng Xin Lou). This brick tower is over ten meters tall with three stories separated by eaves and wrapped by wooden balconies. Unlike its predecessors, where the bangke tower (moon watching pavilion) is separate from the minaret, this Ming mosque merges the minaret and the bangke tower into the tallest structure of the complex. Its eaves are decorated with blue glazed tiles and dragon heads are carved into the ridges. Dougong brackets are seen below the raised eaves of the roof. Inside, a moveable staircase leads up to the ceiling caissons, which are carved and brightly painted with lotus flowers. The third courtyard has a series of rooms along its north and south walls. These rooms are internally divided and once hosted the library and the imam's quarters, with a narrow courtyard for ablutions. The paneled wooden partitions of these rooms are covered with painted carvings of chrysanthemums, lotus flowers and peonies.

The fourth courtyard is entered via three marble gates with wooden doors. The prayer hall, preceded by a large platform, is at the western end of the courtyard. Before this platform stands the Phoenix Pavilion or the Feng Hua Ting. Built during the Qing Dynasty, the pavilion is said to resemble a phoenix with its outstretched wings and interrupts direct view to the prayer hall. Its roofline connects three distinct pavilions, extending from the central hexagonal structure towards two pyramidal roofed gazebos. This apparently Chinese roofline conceals the wooden cupola that crowns the central space, carried on squinches, attesting to the continued use of imported Islamic elements in interior space. Lecture halls also flank this courtyard. The South Hall serves as a gallery for inscribed tablets that record the history of the mosque. Beyond the Phoenix Pavilion are two small pools, now containing fountains, set astride the central axis, followed by the stone "Cloud Gateways" of the granite "Moon Platform" preceding the prayer hall.

The prayer hall, which is the focus of this ceremonial layout, is comprised of a porch and a great hall with a projecting qibla bay. These three sections cover an area of about 1,270 square meters. They are covered by a single roof with three distinct segments, a common feature of Ming era mosques taken from Han palace architecture. The joined hipped roofs of the porch and the main hall roof have parallel north-south ridges. The hipped roof of the projecting qibla iwan is perpendicular to that of the main hall. The heights of the roofs are kept proportional to the depth of the space, following Hui tradition.

The portico, hall and iwan are differentiated by separate roofs, a common feature of early Hui mosques taken from Han palace architecture. The open portico, carried on six columns, is covered by the gentle bump of a rolled-shed roof, which dips down to join the roof of the great hall. This large hall, of equal width to the portico, sports a pitched roof raised above the others on two rows of six columns. It is curtailed at the back by the hipped roof of the qibla iwan, whose eaves are supported on twelve external columns. The rounded timber columns supporting these roofs are marvelously decorated with low relief woodwork. There is more sculptural woodwork on the lambrequins and the heavy dougong brackets. Six hundred polychrome panels with floral motifs and carved brackets decorate of the ceiling. Heavy cylindrical columns, painted deep red like the walls, divide the first two spaces into seven bays. Blue scrolls bearing Arabic calligraphy are hung from the porch columns.

The qibla bay at the western end of the prayer hall is dimly light with two skylights. The two meter tall pointed arch of the mihrab is decorated with carved arabesques and calligraphy and painted with in darker hues of red, brown than the central space. Four bands of Quranic inscriptions encircling the mihrab reveal the influence of Chinese calligraphy on Arabic lettering; one such inscription is embedded in a pool of lotuses.

Behind the prayer hall, and accessed by two circular "moon gates" on either side of the portico wall, is the fifth court with two small constructed hills used for the ceremonial viewing of the new moon. 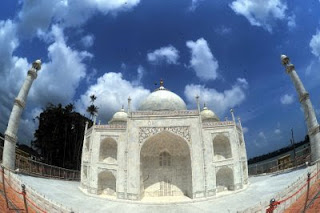 The Taj Mahal (also "the Taj") is considered the finest example of Mughal architecture, a style that combines elements from Persian, Indian, and Islamic architectural styles. In 1983, the Taj Mahal became a UNESCO World Heritage Site and was cited as "the jewel of Muslim art in India and one of the universally admired masterpieces of the world's heritage."

While the white domed marble mausoleum is its most familiar component, the Taj Mahal is actually an integrated complex of structures. Building began around 1632 and was completed around 1653, and employed thousands of artisans and craftsmen. The construction of the Taj Mahal was entrusted to a board of architects under imperial supervision including Abdul-Karim Ma'mur Khan, Makramat Khan, and the Persian Ustad Ahmad Lahauri, although Lahauri is generally considered to be the principal designer. 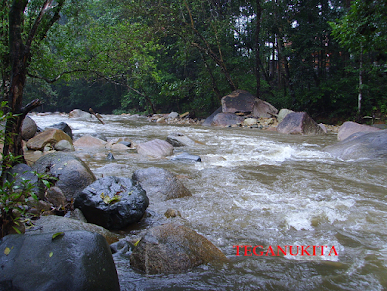 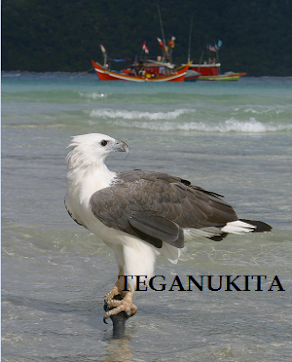 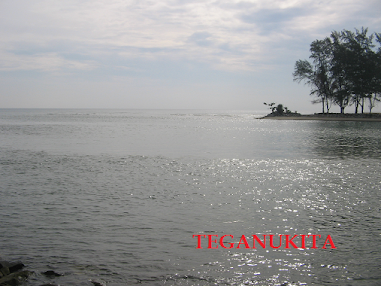 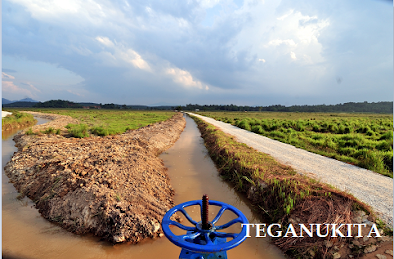 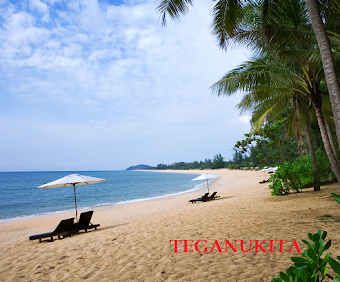 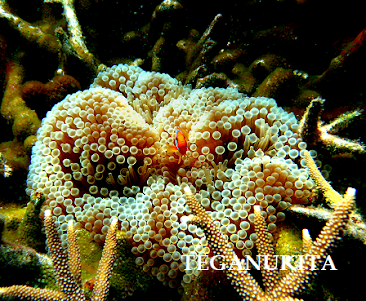 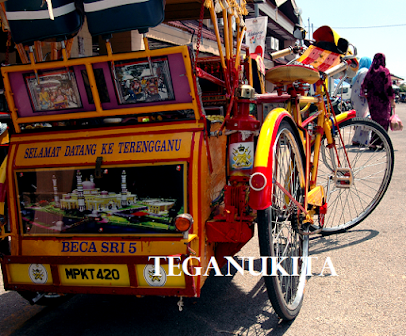